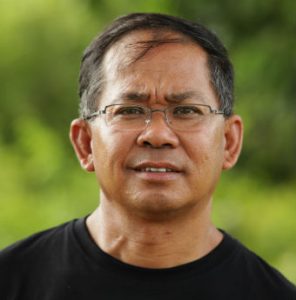 After two years of near starvation and forced labour at the hands of the Khmer Rouge in 1977, Sokreaksa (Reaksa) Himm’s eleven siblings and their parents were taken by soldiers to an open grave. As his family members were clubbed and beaten to death one by one, 13- year-old Reaksa watched the killers in silence as he lay on his dying father in the grave. At nightfall, he regained consciousness and struggled to pull himself out of the grave. Left with deep emotional trauma, Reaksa faced a life of bitterness and anger. Thirteen years later, his conversion to Christianity set him on a pursuit for the meaning of forgiveness.

About “After the Heavy Rain” 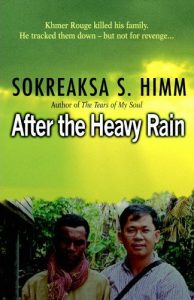 Thirteen of Reaksa Himm’s immediate family, including both his parents, were executed by the Khmer Rouge under Pol Pot. The young killers marched them from the remote northern village to which they had been exiled, out into the jungle. One by one the machetes fell. Severely wounded, Reaksa was covered by the bodies of his family.

His remarkable story of survival is told in ‘The Tears of My Soul’. In this second book he describes how he tracked down his family’s killers, one by one, embraced them, gave them a scarf of friendship and presented each with a Bible. He has also funded and had built a clinic, school and five churches in the area. This is an astonishing tale of the consequences of spiritual rebirth.

Today Sokreaksa Himm is an evangelist and church planter in Cambodia, with an international speaking ministry. He is a frequent visitor to the UK.

See “After the Heavy Rain” book at Koorong

Due to the current health crisis our Church building in Hampstead Gardens is for the time being closed for all meetings but the “Church” is alive & active because “we” are the Church.

Please contact the minister through the following email address, wk3@bigpond.com

God bless you all

There are no upcoming events.